When I Erased My Frustration & Upset, My Landlord Changed His Attitude & Apologized! 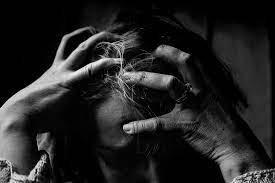 If you can’t get your landlord to come fix the flood in the house, you 7 step the frustration and upset. Check out Teresa’s testimonial in how she used the 7 Steps to change the situation!

I didn’t hear from him until men or on Monday had still hadn’t heard from him on one o’clock I cleared all my anger all my frustration all my madness and within an hour he called me it was nice he was apologetic he was concerned and he said I will be over there tomorrow morning at 9:30 and so I was just like oh my gosh and then he sent me a text after we hung up and had a great conversation about all of it and again