To book an Arnoux Goran Seminars speaker including Arnoux (are-know) Goran for an event, show or keynote presentation please contact us at Care@ArnouxGoranSeminars.com or by calling 1-877-680-8200 For more information on the new study being done on The Goran Technique please contact Dr. Zuzana Bic, PhD, MD from The University of California, Irvine.  You can visit her profile by clicking here

Middle Age Can Be Your Best Age With Roy Richards

The Price of Business Show With Kevin Price

Fighting for Love with Mary Frank

What’s In Your Hand with Rick “Motivational” Young

Reclaim Your Life With the Goran Technique – Interview with Firebreathing Rob

Dating, Hookups, Tinder, Bumble, and How to Find that Right Person in Your Life

Dating During COVID-19? Is Bumble and Tinder Really Worth our Time? With Firebreathing Rob 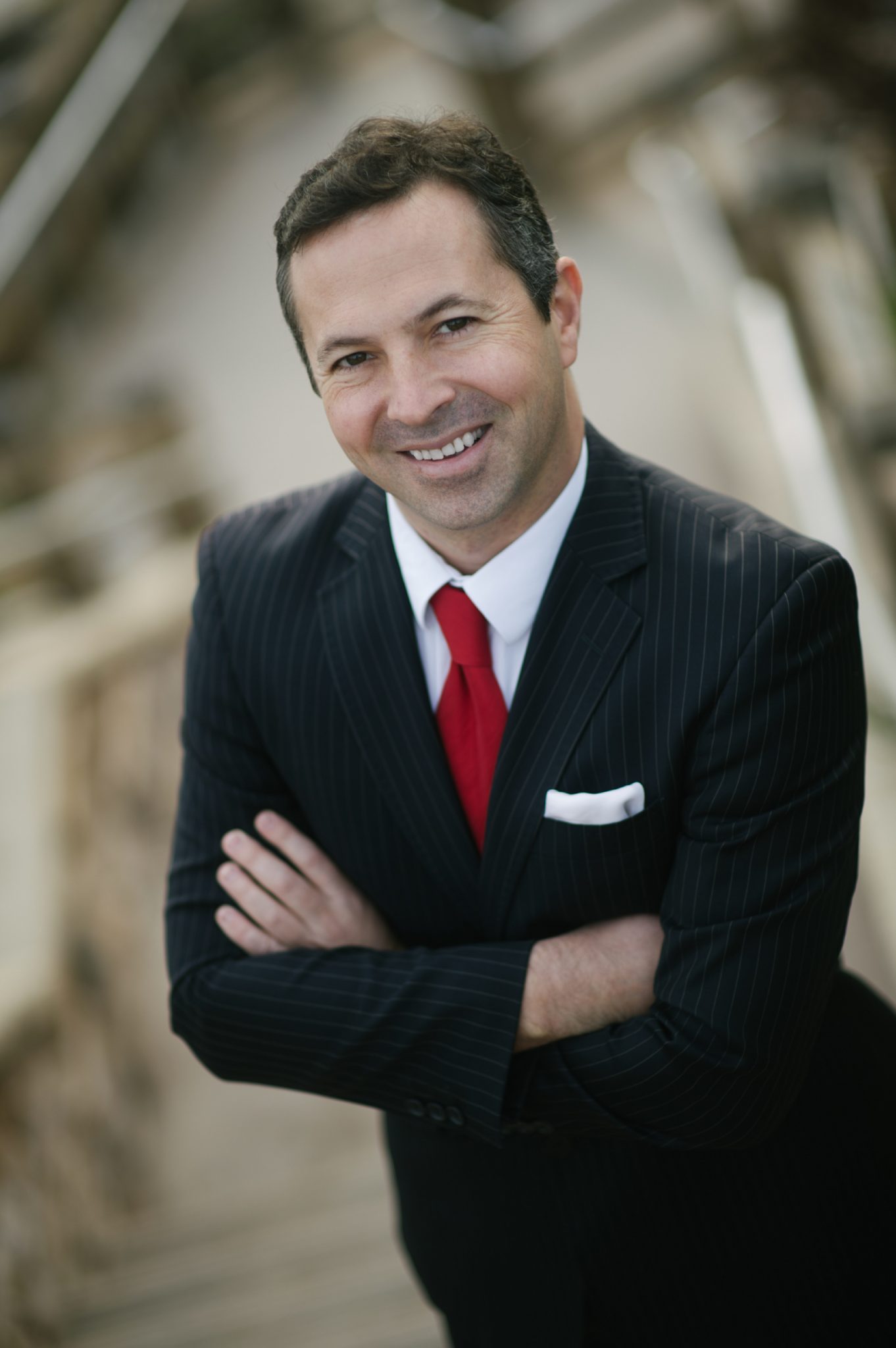 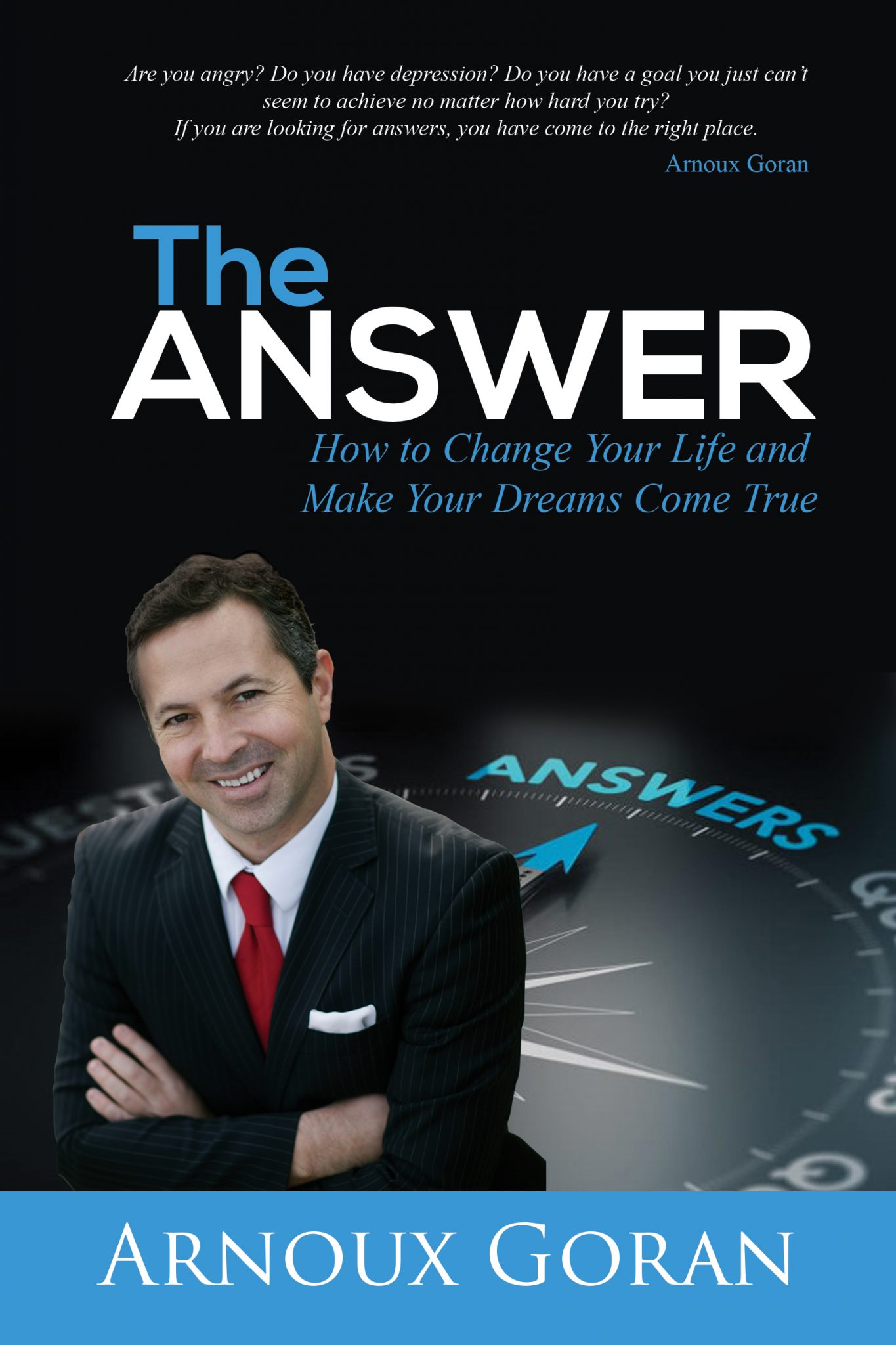 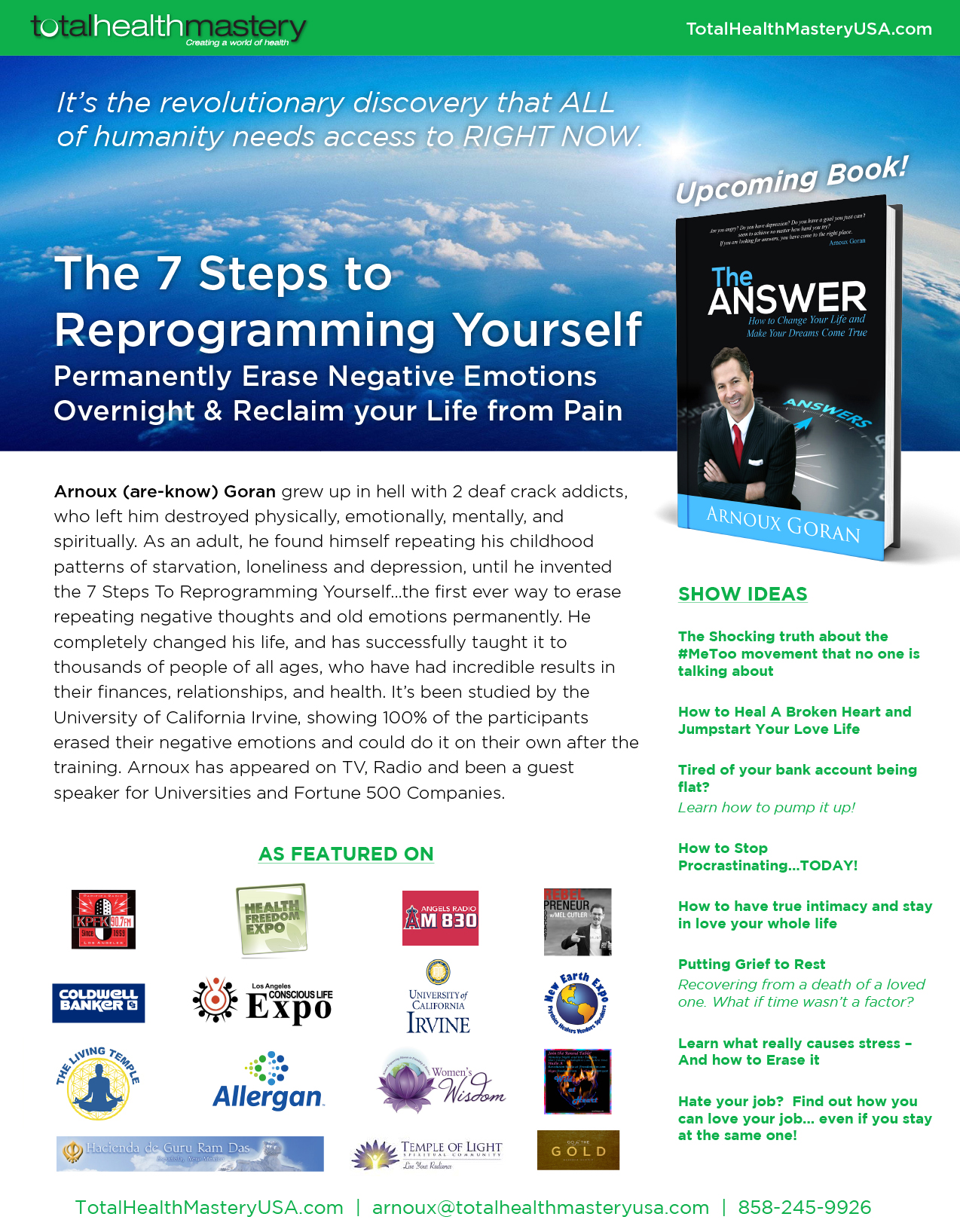 Arnoux (are-know) Goran was raised by two deaf crack addicts and left for dead at 22. He now lives a J. Paul Getty life in the OC.  Arnoux was devasted in every way which drove him to find a way to heal himself and to stop replaying the patterns of poverty, starvation, and depression from his childhood.

After years of research, hard work, resilience and prayers he “cracked the code” of the human mind and invented The Goran Technique, the first ever proven method to access the unconscious mind and remove old repeating negative thoughts and emotions… permanently.

The Goran Technique was studied by the University of California, Irvine where they found that 100% of the participants of Arnoux’s training said that they released negative emotions permanently and that they could do it on their own after the training. A new study is currently underway on this unique, breakthrough method unlike any other.

After being told by his doctors that he would never recover and would certainly die he rid himself of several “incurable” diseases and went on to design the seminar series that changes and saves lives, Arnoux Goran Seminars. AGS University now boasts over 20 courses and is available globally online. A few live events are offered each year. Arnoux has written over 20 books or mini-books which are only available in AGSU.

Arnoux is also the inventor of The Goran Technique II, How to Cleanse the Body Without Cleansing Reactions and How to Overcome Addictions Without Willpower.  He has been a featured speaker on TV, Radio, at Fortune 500 companies and at major universities.

Arnoux earned his B.S. in Business Administration from the University of Washington and then took two years of pre-med courses at UW.  Arnoux is a black belt in Martial Arts and became an instructor under the tutelage of Grandmaster Won Kuk Kim, son of Bok Man Kim, co-founder of Tae Kwon Do and author of Practical Tae Kwon Do. He went on to assist in opening several successful Martial Arts schools.

Arnoux also holds Master’s certifications in Neuro Linguistic Programming (NLP), Clinical Hypnotherapy, Timeline Dynamics, Success Coaching, Reiki and has studied virtually every method of healing emotionally, mentally and spiritually in the world… according to some experts, Arnoux has a PhD in results.