Is It Possible to Be Spiritual and Rich? 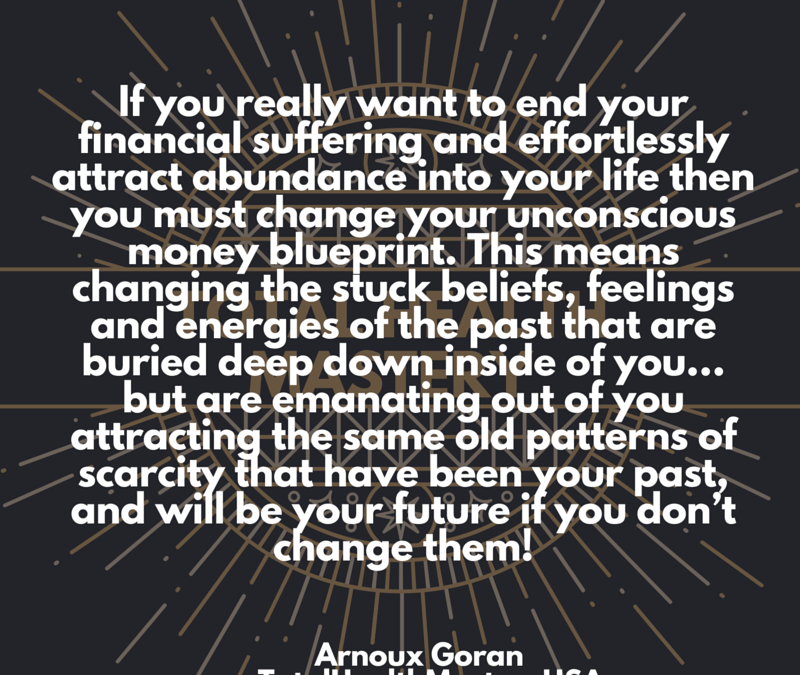 How many times in life have we heard that money and spirituality do not go together? I for one heard it time and again growing up in my family. My mom told us repeatedly how the people of India may be poor in money, but they are rich in spirituality, and that’s all that matters. I always wondered if it was a justification for the fact that we didn’t have enough money for basic necessities like food and clothes, but it stuck anyway.

Even more impactful were the tales of the greedy filthy rich who were always flaunting their wealth with fancy cars and clothes, when they should be thinking of the starving impoverished people of the world and not being so selfish. But of course, it wasn’t their fault because you see, once you become rich, the money will corrupt you and you won’t be able to help becoming evil. That was the great wealth wisdom passed onto me, or frightened into me, whichever you prefer. Its no wonder I was broke my whole life! With all of that programming I would have to be crazy to have any money.

Then one day I was doing a meditation to open up and heal the human energy centers known as chakras where we read positive statements related to that chakra and let the feeling sink in. I was on the second chakra and I stated “I love money and money loves me”. Suddenly, a rush of joy filled my body, whoa! I realized that I had disliked money my whole life, but that on a deeper level, perhaps a soul level I really liked money. I decided to begin an adventure to discover my own Truths about the evil or goodness of money.

Over many years of taking courses, reading books and asking people for advice, I found that those ideas from my family were based on fear, not on love, so they really cannot be Truth, because all Truth comes from love. I also found a very useful rule to check money beliefs against: love and abundance are the same thing. This incorporated the expanded view of money as just being a part of abundance, which is a good thing.

A Change of Mind

Using this rule, I compared the fearful ideas of scarcity handed down to me from my childhood environment one at a time and eventually dismissed them all. I found that there is nothing wrong with having nice things because giving up all luxury for the benefit of the poor doesn’t really make an impact on the masses of impoverished people around the world it only makes everyone feel poor. I laughed about the idea of wealth corrupting me, since who I am is not ever, nor has it ever been controlled by a material, physical substance outside of me, but solely by my own thinking.

Most of the people I met who were self-made millionaires were very nice, down to earth and basically cool people. They did change though, they became nicer than when they were broke. It made sense because they were under much less stress, had more fun, and were able to be very generous. Also, they often did what they loved and got fulfillment from that. It made me want to be rich too. The toughest nut to crack though was this idea of spirituality and wealth not mixing

Being Abundant is Spiritual

Ultimately, it came back to the rule of love and abundance being one and the same. And clearly, being loving was the highest goal of every religion or spiritual practice. It made sense to me that having everything I needed and wanted in life in exchange for doing good work is a good thing. Is it really wrong to get rich if you’re helping people? Is Bill Gates a bad person for creating all of the computer technology that he did and making it available to everyone? Honestly, I don’t know how I could have made it through college without Windows! It just makes life so much easier.

I am actually very grateful to him for providing what he did, so grateful in fact, that I’m glad he has the money he does he deserves it. Not only did he make money for himself, but think of the thousands and thousands of jobs that he created, and the record number of millionaires that were part of this grand venture. Everybody won, and the world became a better place, a more abundant place. It was a loving thing to do, to provide Windows for the world. I’m writing this article on Microsoft Word right now!

There’s also the idea of making a profit…why not give it away at just above cost and live meagerly? Why make so much money? Because if we charge less than what a product is worth, then people will think it’s worthless, not value it, not appreciate it, and maybe not even buy it. It’s cheap. Is God really cheap?

Finally, I chose to believe that having money is not wrong at all, but a normal, natural part of making a positive difference in the world, and not charging money is not only weird but unnatural, and certainly not spiritual. I realized that there is nothing wrong with money itself either. When someone says that money is the root of all evil, I tell them the lack of money is evil. When someone says that money only causes problems I say that not having money causes problems.

I trust my inner feeling of joy and happiness when I can pay my bills on time, eat what I want, go where I want, give to others without stress and feel abundant in life. At the end of this adventure to discover my own ideas about money I found that I love money, and money loves me.

Conscious Changes Are Not Enough

Just because we choose different beliefs consciously about money, abundance, contribution and happiness does not mean that we will start having more money. That is only the first step. We must also choose abundance in our unconscious. We are all programmed with belief and emotional patterns that run our energy fields, or the vibration that we put out and if we don’t change that, then we will continue to put out a vibration of scarcity… in spite of ourselves.

You may know someone, very intimately, who has consciously chosen to receive abundance, or money, in life, and yet continues to struggle, even to make ends meet, much less make their dreams come true. Perhaps you have shared their frustration as ceremony and visualization have not proven worthy tools to bring in the money needed.
What’s missing is the ability to change the unconscious programming.

How to Change Your Life

If you really want to end your financial suffering and effortlessly attract abundance into your life then you must change your unconscious money blueprint. This means changing the stuck beliefs, feelings and energies of the past that are buried deep down inside of you… but are emanating out of you attracting the same old patterns of scarcity that have been your past, and will be your future if you don’t change them.

To change your money blueprint will require a couple of tools. The first and most important to learn is The Goran Technique. Personally, I used this tool to break out of the poverty stricken childhood I grew up in when nothing else worked. Client upon client of mine have done the same and if you want to truly bring abundance into your life then you need to learn this tool as soon as possible.

—
To Your Amazing Health!

Arnoux (are-know) Goran, is an author and the creator of the Arnoux Goran Seminars series of seminars. Arnoux cured himself of several incurable diseases and years of emotional trauma. His tools have helped thousands of people and his energy transforms whoever he is around. Just being in his presence provides a healing on all levels, financially, emotionally, relationships and more. Your heart will soar. For more about Arnoux visit ArnouxGoranSeminars.com.